Ben said that he is not attracted to real 12 year old girls but 12 year old "lolis". Furthermore Ben has been caught talking sexually to a 13 year old girl (Source) however in an attempt to defend himself he says that it was roleplay. Even if he was roleplaying that still means he has some sexual fantasy with underaged children

What is lolicon and "loli"

Loli is illegal under the federal PROTECT Act, so long as the anime is obscene and depicts an identifiable minor engaging in sexual conduct. It can violate child pornography laws in some states, as well. What is loli anime? Loli is Japanese manga or anime that is sexually explicit and involves cartoon characters that are underage. While Lolicon is protected under the First Amendment, people who visit those sites get noticed by both the FBI and state police agencies and they are frequently put under surveillance because Lolicon is a hair's breadth away from child pornography and eventually a lot of people who are into Lolicon cross the line into child pornography.

Because we have evidence here that Ben has attempted to look at nude lolis this means that Ben may have violated child pornography laws in some states.

Ben admits in these screenshots he has been aroused by a child before, hinting the line of lolicon to pedophillia may have already been crossed! 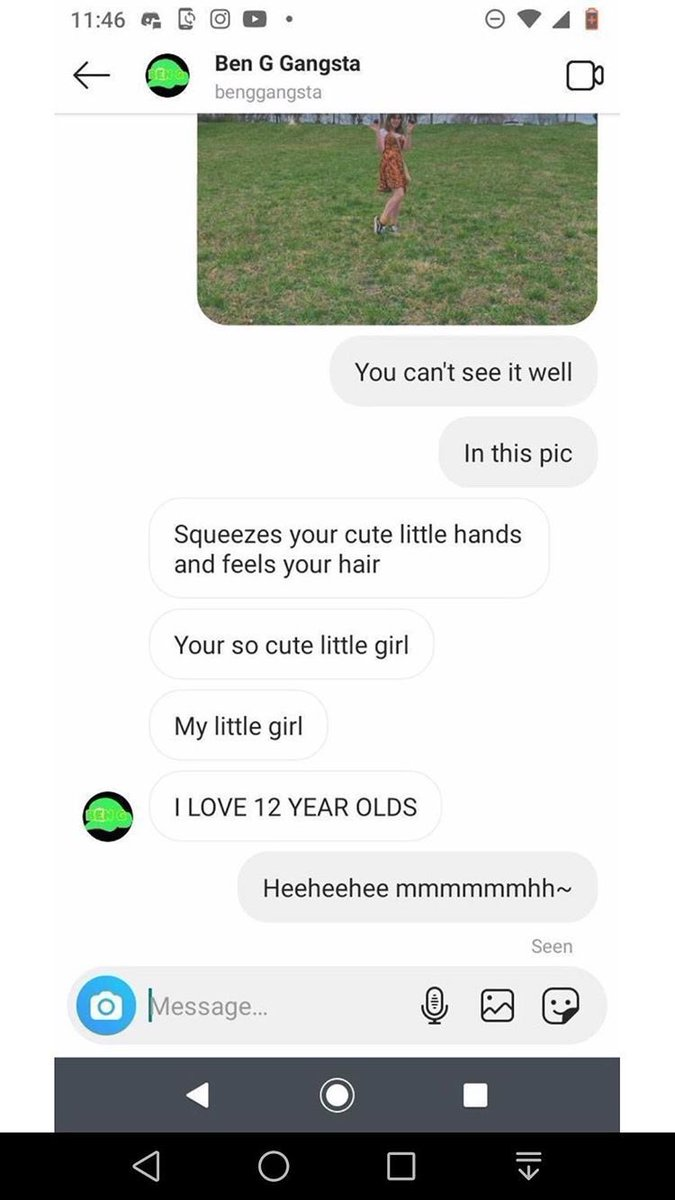 Ben talking sexually to a 16 year old girl, he says "I forget" inferring he already knew her age 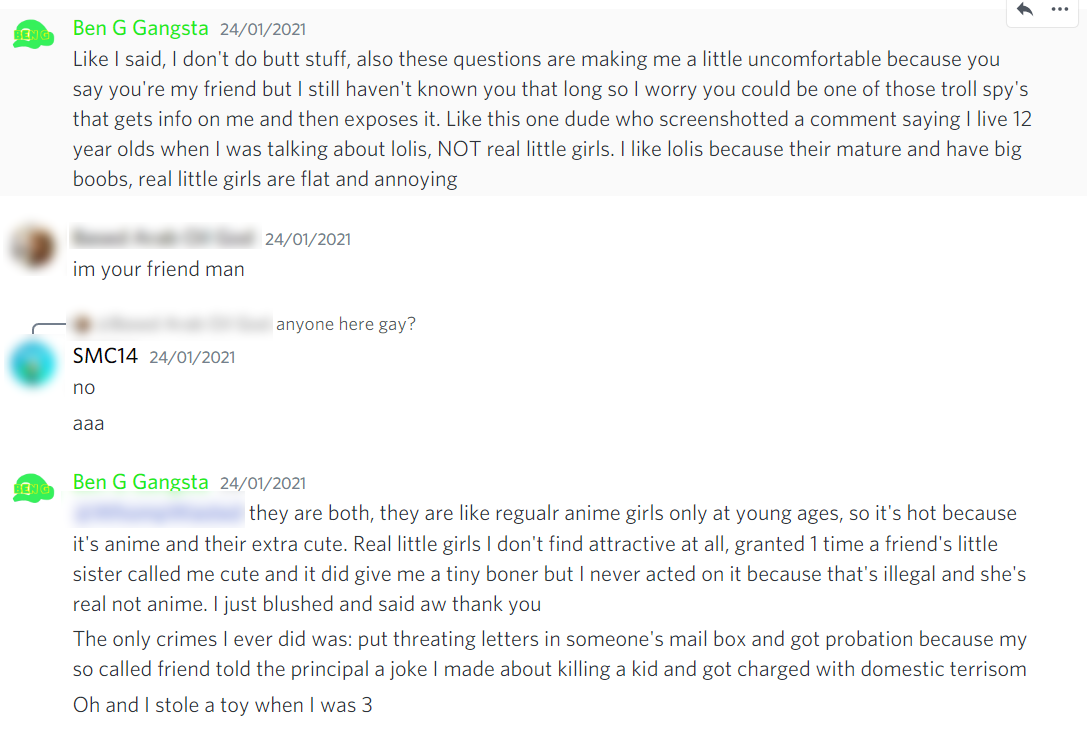 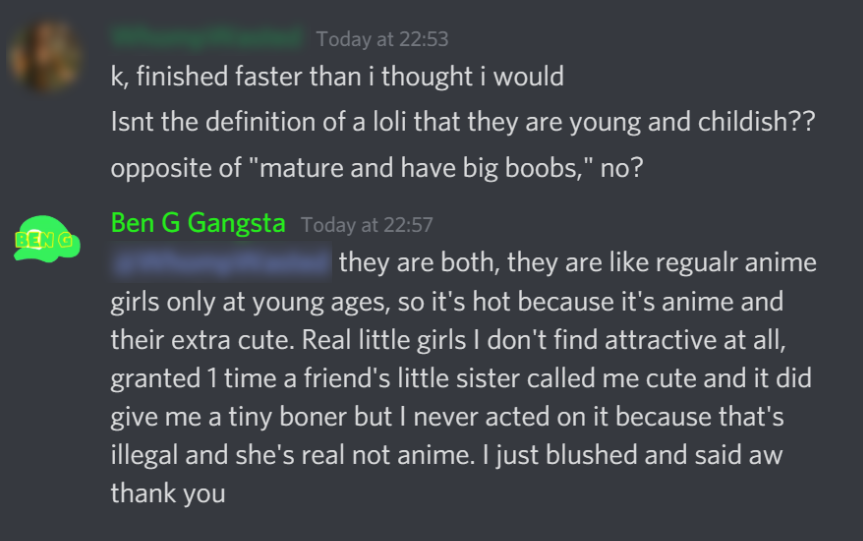 Ben trying to convince (arguably groom) the same 13 year old from above to not date anyone until hes 18, effectively "reserving" himself.

Here ben tries to justify his loli fetish and nep fantasy by saying she isnt a real 12 year old, again a reminder that Lolicon is a thin line away from child pornography and pedophillia as stated at the top of this page

Ben trying to ask other people to retirve lolicon for him

Ben's sexual conversation with a dummy account, I do not believe the dummy was under 18 though