Ben has expressed numerous times his failure to make and maintain friendships and relationships. He has told many stories about how he has tried to form friendships and relationships however sadly could never uphold them due to his lack of social skills and uncommon interests. Its incredibly sad to hear these stories and how he has felt so lonely he has cried himself to sleep. We see ben is now incredibly desperate to make friends online however due to his lack of social skills he is often left disappointed

Ben attempting to get a girlfriend 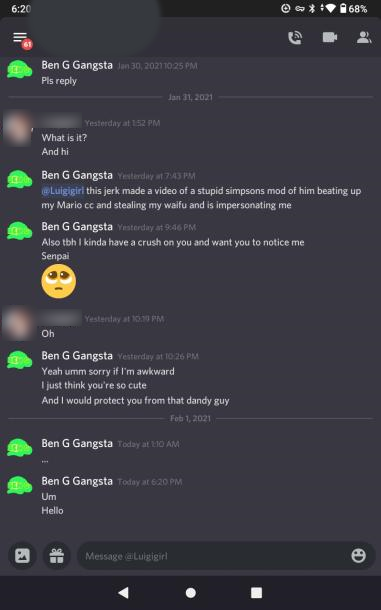 Here Ben asks for advice on how to get a girl to notice him, for whatever reason he fails to recongise that the girl does ntoice him however isnt interseted 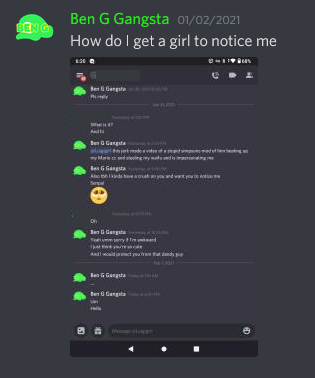 In the next few screenshots, Ben describes how he struggles to make friends and gives some insight to his radical views 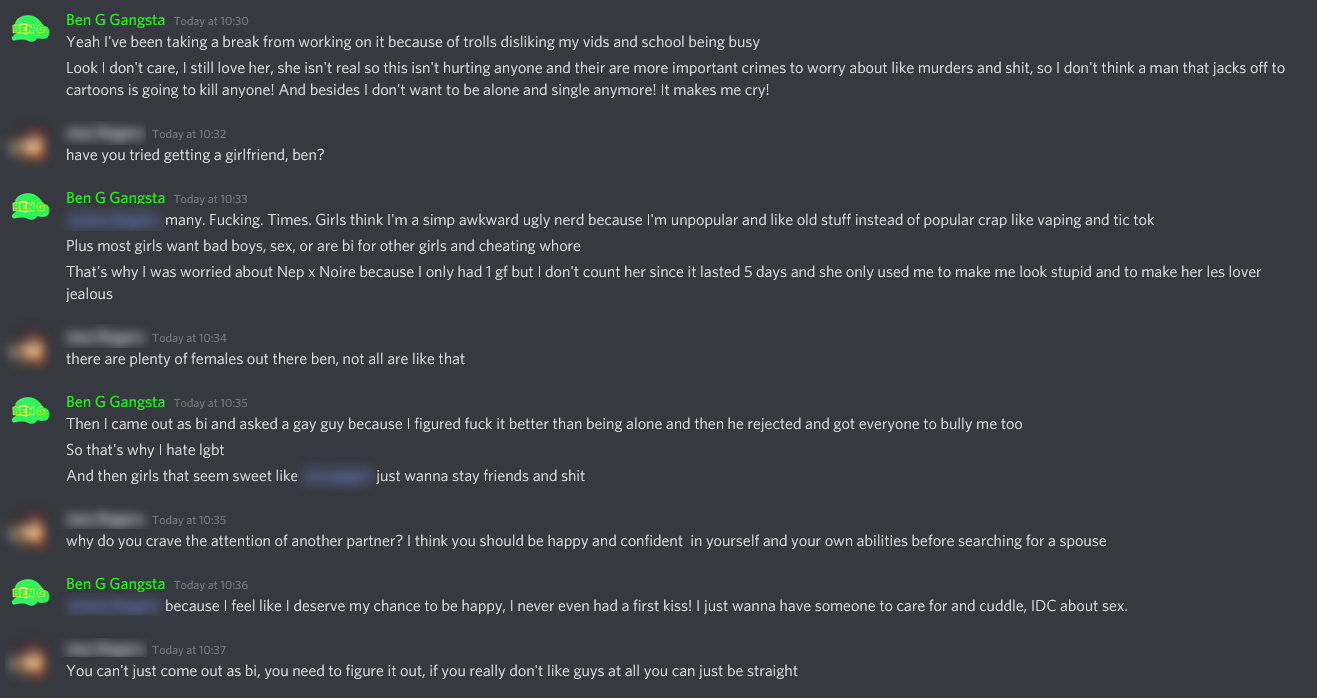 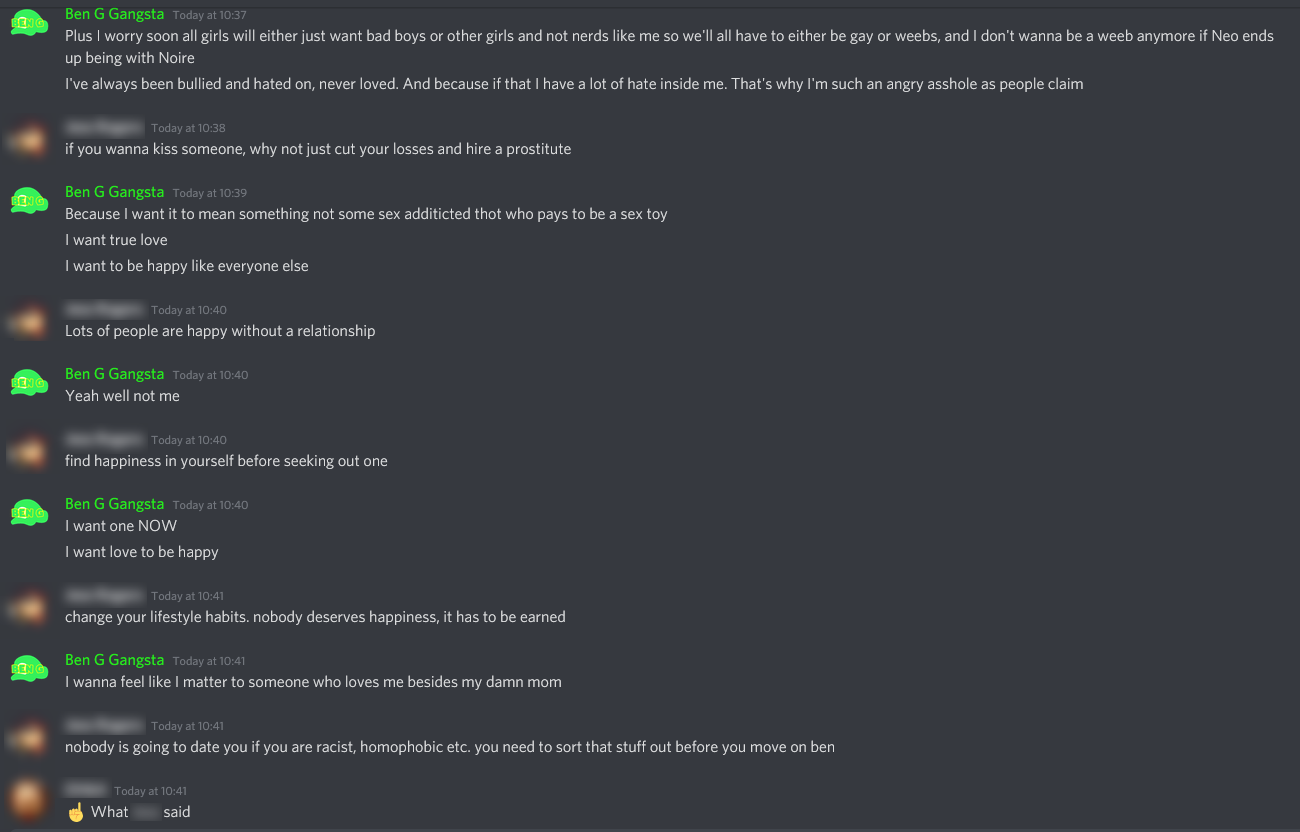 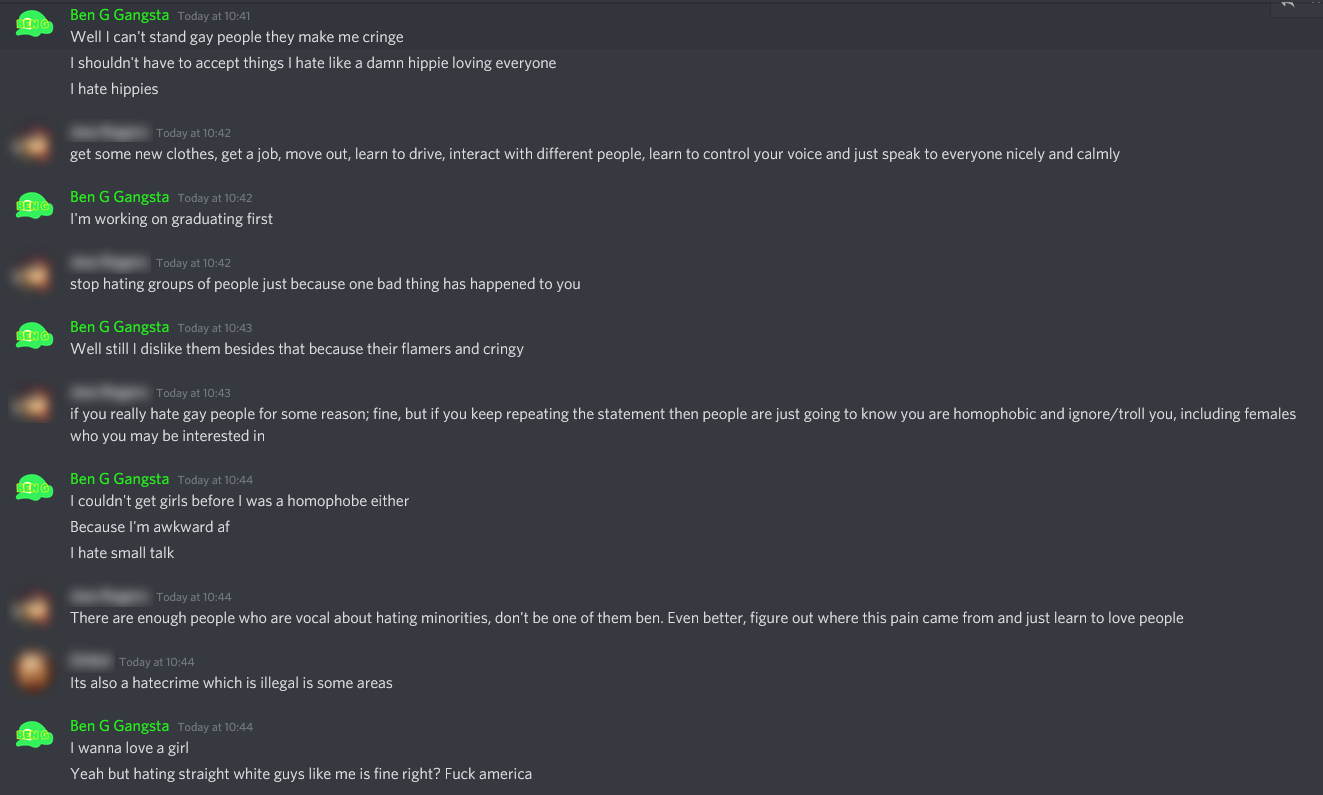 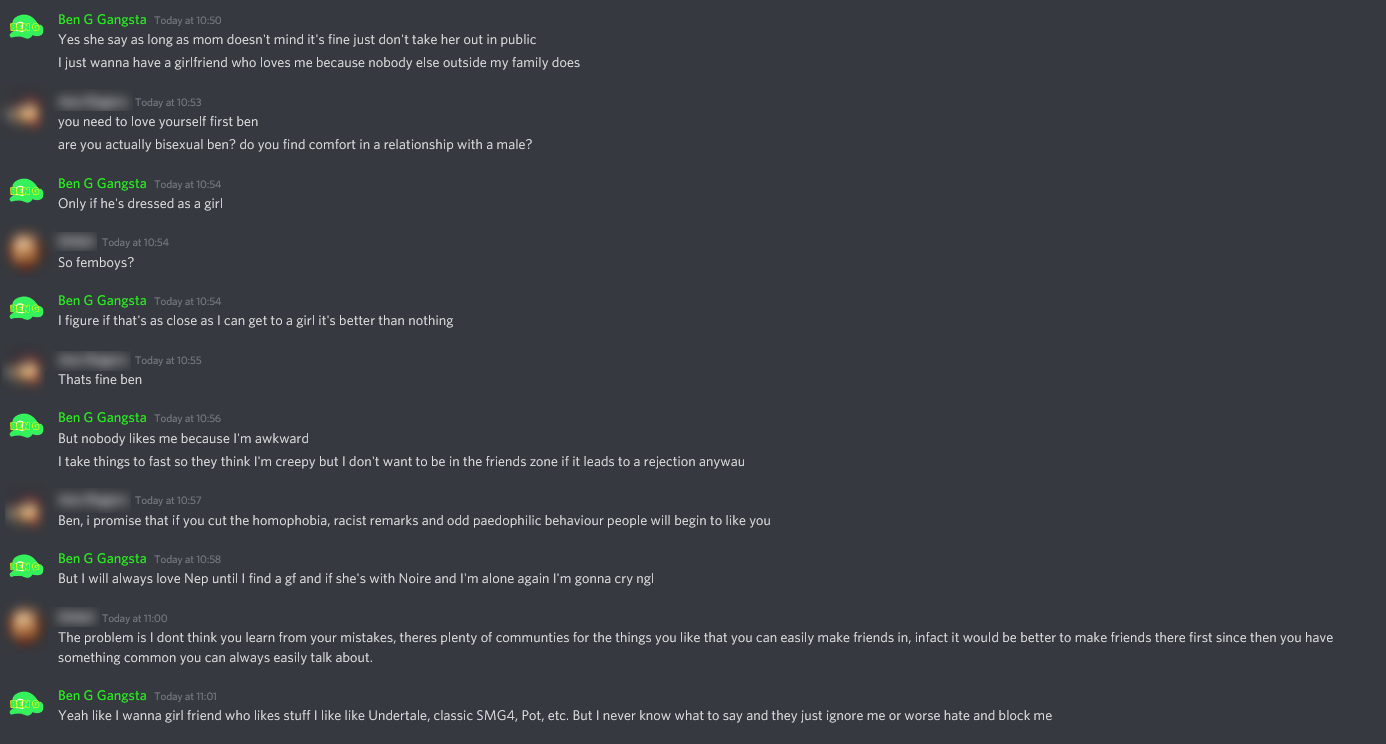 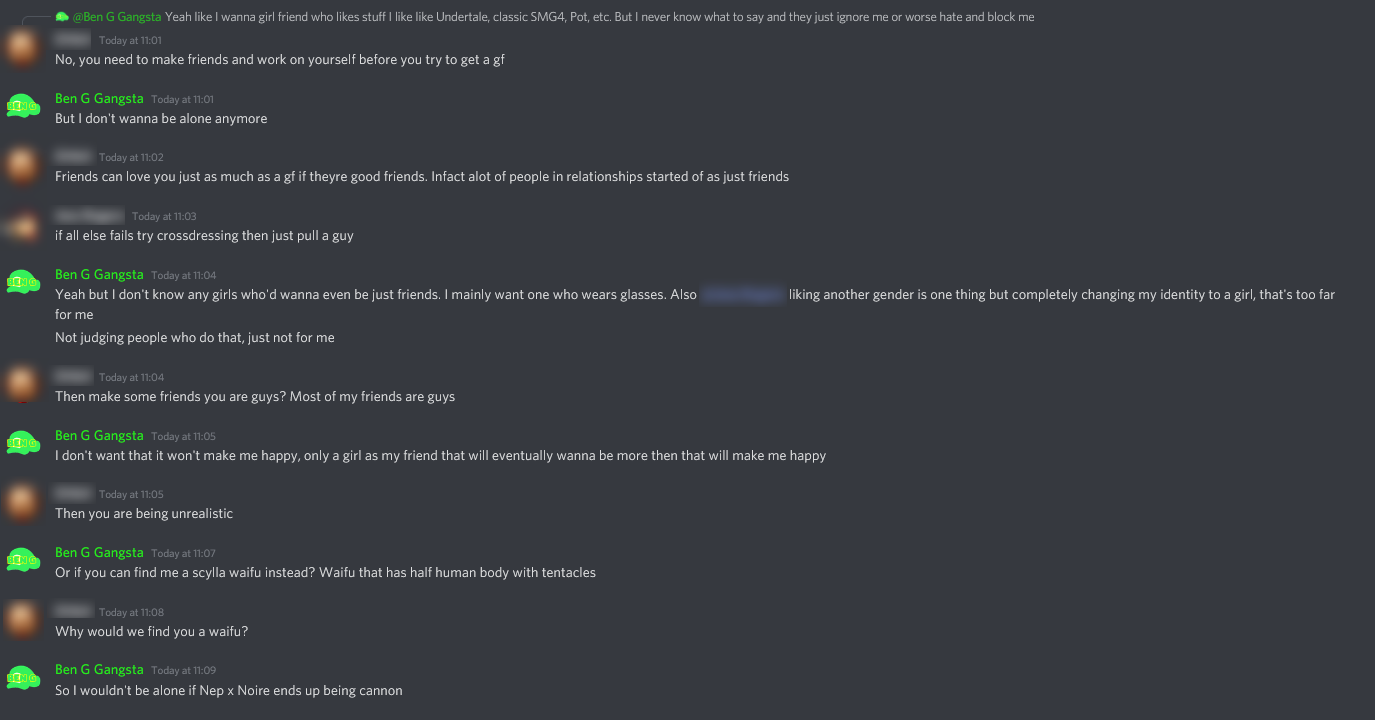