He uses discord to make friends, his loneliness is truly highlighted in some of these messages as he begs people to find him friends, it is not uncommon to witness him contradict what he has said in the past in order to gain the approval of server members. In addition, we can see his desperacy sometimes to be popular by asking people how he can get bots to like all of his videos. He asks his server members to go to profiles of people he does not like and tries to get their accounts taken down / banned.

Some of his Discord channels

If you would like to see the full context on these messages you can see the channel dumps here.

We do have alot more screenshots, dumps and recordings however we are still deciding the best way to share these.

Ben planning on sending someone a death threat in the mail after thinking he has recieved his addressed.

Ben being racist and homophobic 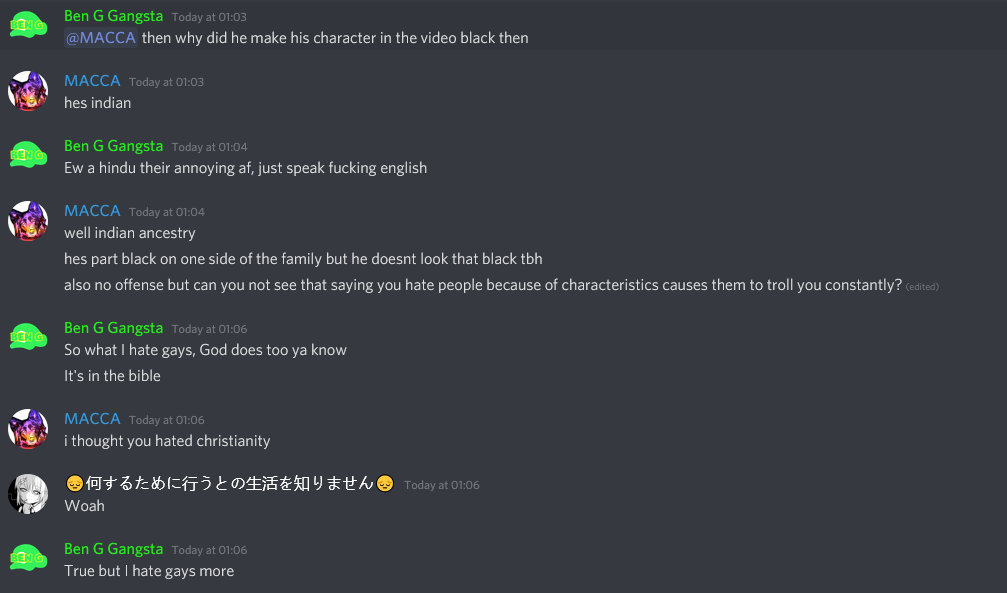 Ben asking server members to find him some friends.